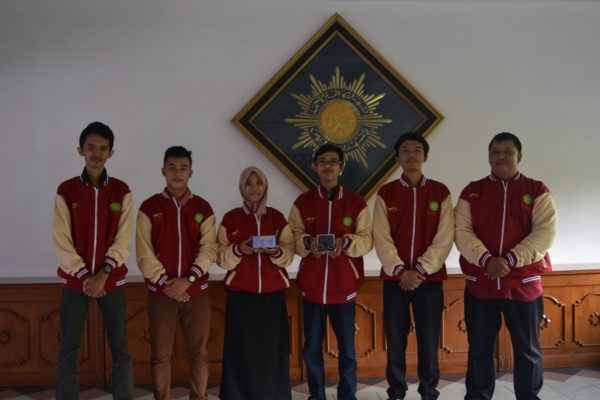 The number of stealing of vehicles has led the owners to install additional security system or to modify their locking system model. Five Students as former of a team namely Rofiq Mubarok, Dwi Verdi Firmansyah, Dheny Haryanto, Umniyatul Mahmudah, and Noor Pratama Apriyanto developed new innovation on securing vehicles to overcome the stealing activity. In general, drivers require mechanical keys to start the engine of the vehicles. The innovation changed this general step to new procedural steps and hardwares called “KUMAN NARSIS” (Automatic Security and Locking System for Vehicles). It works by using RFID (Radio Frequency Identification Device) system that need a correct RFID tag to enable the machine run normally. False RFID means the system will trigger a fault notificiation which stops the engine to start, sends warning message to the owner via SMS, and runs an alarm system. The system sends messages containing information of vehicle’s position (GPS coordinats) every 30 minutes. Moreover, the owner can also control “KUMAN NARSIS” remotely through SMS or call service.
The team made the innovation to follow a PKM (Student Creativity Program) competition. As a result, the creation has passed selections to PIMNAS-29 in Bogor Agricultural Institute (IPB). This team was supervised by one of the lecturers of Electrical Engineering Department UMY, Mr. Iswanto, S.T., M.Eng. They chose “KUMAN NARSIS”  for the creation based on the principle of the system. The system consists of four elemens, i.e. RFID, GPS, GSM, and Microcontroller. Rofiq Mubarok, the leader of the team, explained the principle of work of the system when he was interviewed on 6th August 2016. He said “When we make a call to the vehicle three periods of ringing bell, the system (KUMAN NARSIS) will send the information of vehicle position. While we do the call by six times, the system will turn the vehicle off, run an alarm system and send warning message containing notification and coordinat of location to the owner.”